VAT and the public sector – reform of the VAT refund rules 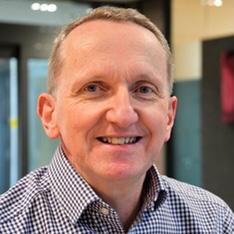 This month saw HM Treasury publish a policy paper exploring how the public and private sectors interact with section 41 of the VAT Act 1994 and setting out the government’s reasons for seeking to reform this section.  While this isn’t a formal consultation document, stakeholders are invited to respond with any concerns they have. The paper makes it quite clear that HM Treasury and the government believe that reform is overdue and that their clear preference is to replace the current regime of refunding VAT only for listed outsourced services, with a ‘Full Refund Model’, allowing for VAT to be refunded for both services and goods purchased by relevant bodies.

Section 41 essentially removes the burden of VAT on costs incurred by many public sector organisations and in particular, central government departments, allowing them to claim refunds of the VAT they incur on purchases where the normal rules for VAT would not allow them to do so.  In the absence of section 41 mechanism, government bodies may be disincentivised from outsourcing services as to do so would lead to a VAT cost that, because of the non-business nature of the activities, they would NOT be able to recover.

Section 41 applies only to specific, listed bodies including:

-        Devolved administrations for Scotland and Wales

HM Treasury maintains a list of the specific services for which these bodies can claim a VAT refund and this has slowly evolved over the years since the measure was first introduced in 1984, to address changes in the type of services being contracted out by relevant bodies. A good example of this was the addition of a service category to enable VAT to be recovered on Privately Funded Initiatives (PFI) projects which involved leases on facilities such as new hospitals. However, this development of the section 41 rules has also led to increased complication in what was originally designed as a ‘narrow refund scheme’. Furthermore, the breadth of refund available within each defined service has become increasingly subject to interpretation and challenge which has resulted in government departments receiving VAT reviews from HMRC which have run into many months and assessments being raised effectively by one government department on another.

This paper highlights that the government concerns include:

-        Increasing administrative burdens for HM Treasury in maintaining the section 41 regime; for HMRC in managing the VAT refunds;  and for the bodies claiming those refunds;

-        Productivity – the fact that section 41 limits VAT claims to services and does not provide for claims on the purchase of goods, may have led to the outsourcing of services disproportionately to businesses who acquire critical assets that would otherwise have been purchased by the relevant body;

-        Legal disputes – increasing challenges regarding the eligibility for refunds, and;

-        National crisis response – Covid-19 has revealed how the NHS needs to be able to react more swiftly than some legislation (including section 41) allows.

Options for reform being considered

The policy document considers the potential of two fundamental reforms to section 41 (although a third is also mentioned in passing – see below). The first would see the abolition of section 41 altogether, removing any right to VAT refund at all, accompanied by a corresponding increase in central government funding. The second – and the government’s favourite - is to allow relevant bodies to claim refunds for all the VAT they incur, on both services and goods purchased. This option would no doubt see a reduction in the value of direct government funding to recognise the increased value of VAT that would be claimed from HMRC.

Removing the current refund scheme completely and replacing it with increased central funding would appear to be the simplest solution given that all the administrative costs and complications of running the scheme would also be removed. But the government appears to be concerned that this could also have the unintended effect of reducing the relevant bodies’ ability and their incentive to operate commercially and seek cost effective contracted-out arrangements with third parties, preferring instead to spend budgets in full and challenge future funding settlements.

The government considers that this option could remove the cost of VAT entirely from any decision to contract out services to third party providers, and from decisions to acquire assets in a cost-effective manner. The government’s view is that this could also remove much of the administrative burden for all parties and address many of the other concerns they have around section 41 (see above), relying instead on existing infrastructure in HMRC to manage and operate the VAT position of relevant bodies. For these reasons, it is perhaps understandable that this is the government’s preferred measure.

The paper also hints at another option - introducing a new zero rate of VAT for supplies made to relevant bodies. The UK’s departure from the EU allows the government to be more flexible with VAT rates, including the broadening of the zero rate. But doing so would not be free of hassle and administration costs. In addition to the initial change in law and HMRC procedures, it would also introduce another rarity in VAT – determining VAT liability by reference to the customer rather than from the nature of the service or good being supplied. Where this principle operates elsewhere (e.g. certain supplies in the construction sector and utilities) it has been rather contentious and often requires the use of eligibility certificates from customers. In our view, it’s very unlikely that this option will be taken any further.

Change appears to be inevitable, and for many bodies currently making section 41 refund claims, this will be welcomed.

The feedback for these options, already received by the government when these plans were released earlier in the year to a limited number of stakeholders, suggests that many would like to see a change implemented as soon as practically possible. But the practicality of an early implementation needs to be evaluated in the context of other major changes in VAT accounting which are already underway – including Making Tax Digital (MTD) for VAT.

Furthermore, the Full Refund Model would necessarily require changes in the mechanism for providing central government funding the affected bodies, including in particular, changes to the funding formulas for devolved administrations to ensure no shortfalls arise during a transition period – or in future.

Section 41 was introduced in 1984 to solve a problem created by the government’s drive for more outsourcing by government funded bodies, and was designed to address a concern that these bodies were being disincentivised from contracting out certain activities because of the additional VAT cost that would arise. The initial mechanism was actually more restrictive and onerous than it is now, requiring any claimant to first establish that it was specifically the value of VAT incurred that took the outsourced cost above the cost of undertaking the service in house.  Also, there were different lists of services eligible for refund by each type of body – rather than the single, consolidate list that operates now.

However, while the process has been simplified in some ways, it has become much more challenging in others. In particular, understanding precisely what types of services fit into each of the listed services and whether it is “appropriate” to design contracts to make for a better fit within these rules, have become areas of dispute and tension.

Difficulties arise too where projects are pursued collaboratively between bodies eligible for section 41 refunds and other bodies such as section 33 bodies (local authorities and the like) and commercial business or charities which include Universities, which have no special VAT recovery regime. Arguably, providing section 41 bodies with a ‘full VAT refund’ will go some way to addressing some of these complications, but as long as there are different VAT rules for central government bodies, local authorities, and commercial businesses, then any joint ventures or collaborative infrastructure projects between them will still be one of the scarier rides in the fiscal theme park of VAT.

At Centurion we’ll be keeping abreast of all of these developments in order to inform our clients across the UK and to respond to any challenges that they create. We are also able to help our government sector clients understand and plan for what appears to be an inevitable and substantial change to the way in which VAT operates in this sector. The impact of such a fundamental change will raise questions for s41 bodies from:

With those in the local authority, charity, housing association and education sectors from Wales across London through to the North of England who Centurion already support we will be discussing the implications of this in our VAT Management meetings in the coming weeks. Some practical illustration of types of collaboration projects which do arise:

A Housing Association Project with both a local council and local health board involvement:

A development project in Wales that brought together a local council, a housing association and a local health board which involved the acquisition of “opted land” with a VAT cost to consider, a provision of a GP surgery in the development which was to be leased to the local health board as well as a Social Services Day Care centre for use by the local authority. All this linked with a Sheltered Care residential scheme to be run by the housing association. An additional aspect was the provision of some commercial us units within the project which would be operated by businesses and open to the public as well as used by residents and day care users.

Centurion worked across the VAT aspects in the round – bringing our knowledge of the differing VAT rules to ensure that VAT was not a cost to the project – but it was certainly an interesting example of getting the VAT issues identified earlier in the planning stage.

A Medical Research project involving an NHS Trust, a University and charities:

An NHS Trust working on a research project into Cancer treatments which worked closely with a University to devise and deliver the medical research required. The project involved donated funds and grants from a range of sources including third party charities. The issues of VAT complexity were highlighted following a VAT inspection by HMRC at the Trust and due to the retrospective reach that HMRC have on VAT matters, created funding issues that could have undermined the whole project.

Fortunately the nature of contractual arrangements relating to staff and their services supplied between the parties provided some resolution but again knowledge of the VAT aspects relating to the nature of what constitutes a supply for VAT purposes as opposed to being a non-business grant, as well as experience on how such joint projects need to be structured for VAT proved key.

If  this commentary triggers any thoughts or queries on this matter please contact your usual Centurion VAT adviser, use emailus@centurionvat.com or call 01633 415390.

For the avoidance of doubt, the content recorded in this news article does not constitute formal advice and we do not guarantee the accuracy of any information provided at the time of reading. It is always recommended that you seek professional advice before acting on any of the news articles or information included.

RT @cw_seswm: Thank you to our fantastic panel who joined our event 'The Power of Networks for Better Leadership Skills': Dr James Whitehea…