Considering VAT and a Brexit 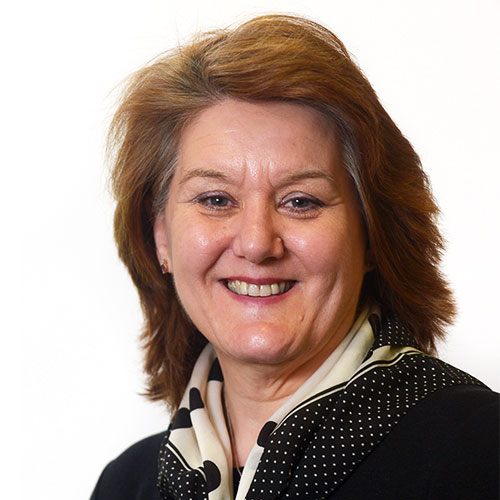 As the EU Referendum approaches, there is growing demand for accurate information explaining the changes that are likely to impact the UK. Director of Centurion VAT Specialists Ltd, Liz Maher, offers some clarity on how VAT currently works as an EU member state and what Brexit would look like.

Many people believe that VAT is a European tax since it began in the UK on April 1, 1973, when we joined the European Economic Community.

However, VAT is an indirect tax system which exists globally and differs from a Sales Tax mechanism. VAT revenue is generated by everyone who buys goods and services on which VAT has been charged.

In 2015 there were 164 countries with a VAT system and more countries, including the Bahamas and Malaysia, have introduced the tax recently. There are constant changes in how VAT is managed worldwide, China for example only adds VAT to certain types of transactions.

If we leave the EU will VAT disappear?

This is unlikely as UK tax revenue figures for the year to March 2015 showed VAT was the second biggest tax earner raising £113.9bn, up five per cent on the previous year thanks to an increase in consumer spending and improvements in certain business sectors.

By leaving the EU would the UK gain more control over what is taxed and at what rate?

The UK currently adheres to VAT regulations held with the European Principal VAT Directive, which includes the minimum level of standard rate of 15 per cent to be applied. Legislation also determines what types of supplies are covered by which VAT rates; currently the UK has a standard rate, a reduced rate, a zero rate and a list of VAT exempt supplies. The average standard rate across the EU is just over 21 per cent but levels vary and the trend has been for rates to increase across the EU.

In 2015, the EU ruled against the UK’s application for a five per cent reduced rate on energy saving products, and when opinion rose up against VAT rates on feminine sanitary products the Chancellor had to secure the agreement of the European Council of Ministers to resolve the matter.

Outside the EU states comparable VAT systems across the globe look similar to the EU model in terms of their treatment of different supplies, so fundamental changes look unlikely. In the UK however we do have more Zero Rated items, such as food and books, compared to other VAT systems.

So, if the UK were to exit the EU what changes could impact?

The UK exports goods to countries outside the EU but 'dispatches’ to customers within the EU. We have specific rules which apply to dispatches to the EU and these vary on whether the customer is a business or private consumer, or goods or services are being sold. There are also additional reporting requirements and we are required to submit information on our EU sales or purchases.

Currently, we don’t have borders to cross for goods moving into EU member states so, leaving would presumably see the return of border controls and of import duties. Manufacturers would have to return to producing documents to trace the origin of goods for duty calculation purposes if duty rates returned in the remaining EU states on UK sourced goods.

In the absence of any arrangements otherwise, VAT would be charged at the point of crossing the border, and UK businesses importing goods from the EU would face the added cash flow cost of having to pay the VAT at the UK border or set up a ‘deferment’ account to cover the monthly VAT costs on imported goods.

In addition, access to the centralized system of the recovery of EU VAT incurred by businesses would need to be resolved as currently the UK uses an online VAT recovery process open to EU member states to recover VAT incurred.

UK businesses also have to correlate their EU trade data and submit EC Sales lists and Intrastat forms for Dispatches or Acquisitions. This administration process should be removed but for balance of trade purposes something would be required in its place.

Discussions would be needed on what trade formalities would replace the current system but questions need to be asked, not least around:

Would digital businesses be affected?

Wales’ digital service sector is growing and VAT management can be complex for online delivery of goods and services.

Last year saw major VAT changes for digital service businesses trading across the EU. The implementation of a Mini One Stop Shop (MOSS) system helps online businesses selling apps and games to private consumers across the EU manage their VAT responsibilities from the UK. The alternative would be to VAT register in the EU state of each of their customers – potentially, quite a task. However, there is already a non-Union VAT MOSS scheme for digital services businesses based outside the EU but trading across the EU to use.

Suppliers of goods through websites currently create VAT questions over whether the supplier has to be VAT registered. One factor that determines this is where the stock is held to fulfil the order. In the EU there are the ‘distance selling’ rules to address which country’s VAT rate is charged on goods sold to private consumers across the EU but this is for EU-based businesses. UK-based businesses selling goods to private individuals will need information on how to address the VAT treatment changes should the UK leave the EU.

All these issues are good examples of the lack of practical commentary coming from either side of the debate. There are issues that would need to be addressed and resolved and while none are insurmountable, the concern is getting factual information from either side to assist businesses in getting a truly informed view.

Our specialist travel & tourism team is ready to support your business in reaching its destination, making the jour… https://t.co/4YoiwlIlVP